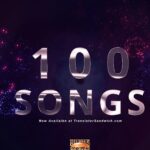 Yep, I’ve just added the 100th song to the main library playlist! So including the songs from the holidays playlists, it’s actually over 120 songs. Either way, it’s a helluva milestone! Mind you, it took over five years. Transistor Sandwich, in its current form, began in 2017. This is when I made a commitment to myself to get back into composing and recording music. I had drifted away from it for quite some time. Not from music-making entirely; I was still performing in rock bands as a vocalist and keyboardist. But at one time, many years prior, I had built up a bit of a personal recording studio comprised of modest racks of keyboards, synthesizers, effects and recorders. Almost all of this I had sold off when I decided to move from my home province of 30 years, Prince Edward Island, to start a new life in Ontario. I kept one keyboard, connected to my IBM Aptiva PC, and did record a few songs early on. But when I landed positions in performing rock bands, I stopped writing for myself.

Then in 2016, I committed myself to composing at least one song every weekend, and I did this by scheduling a recurring day and time. Nobody likes to get locked into a routine, but I do find that having a solid schedule or routine can be incredibly beneficial in terms of motivation. I never insisted that I had to complete a song every week, to the point of release, but after some time I discovered that this was indeed possible and even a juicy challenge. The results were very encouraging and inspiring. With the help of my incredible partner, Ross, we slowly began rebuilding my personal home studio setup. At one point, Ross (and avid gamer and streaming fan) suggested I stream my song-building adventures. We bounced around a few platforms (currently we stream on Twitch), all the while composing a new song once a week.

Now, I hear you saying, “But a song a week for five years should be way more…” Okay, yes, if I literally did a song per week, but you know how it goes. Sometimes a song is going so well, I’ll take more than a week to polish it off. Sometimes we have to take a week off for holiday or a death in the family (sadly, far too many of those in the five years). And other times, the song just sucks and I won’t release it.

So yeah, it really does feel like a solid milestone. Five years of persistence has paid off, and I look forward to celebrating 200!